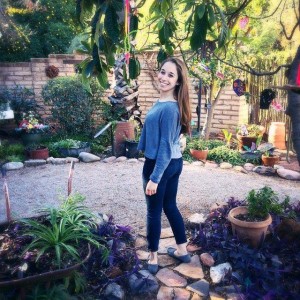 “I’ve got a gut feeling that this year will be much more difficult than I initially anticipated.”  These were the words that echoed in my head as I sat in a chair across from the hospital bed I had been in only a few minutes prior, still feeling the aftermath of the anesthesia.  I couldn’t help but imagine the ways in which my life would change as a result of my diagnosis.  I had seen the images.  I stared at the tiny ulcers lining my colon, the inflammation beaming a glorious red on the page.  I knew which monster was inside me.

I had learned of Inflammatory Bowel Disease (IBD) in my nutrition classes during undergrad.  I was taught the pathology of the disease and introduced to the various treatments.  But perhaps most importantly, I was well aware of the fact that there was no cure.  As I looked up from my colonoscopy images, my doctor solemnly stated, “You have what we call Crohn’s Colitis, Crohn’s disease limited to your large intestine.”  He went on to state that fortunately the disease was caught early and as a result a milder treatment plan should indeed lessen my symptoms shortly.  Mixed feelings raced through my head.  I was pleased to now be able to put a name to all the problems I was encountering, including urgency, bloody stool, and constant fatigue.  And I was sure thankful that my disease was not labeled as severe.  But most of all, I was incredibly frustrated.

This diagnosis, well it came at a very inconvenient time.  I had just graduated from college that May and was to start my postbaccalaureate pre-medical program at the University of Pennsylvania in a mere week, with the hopes of applying to medical school thereafter.  I had heard how rigorous, stressful, and competitive the program was and I had vowed to myself earlier to work the hardest I could.

My first few weeks in the program were a challenge.  Academically, I was performing well, but physically and emotionally, I felt like I was breaking apart.  My body ached.  My four-block walk to class felt like an endless trek.  And I couldn’t sit in my hour and a half class without needing to excuse my self to use the restroom; afraid I may not make it in time.  While Crohn’s disease is a chronic inflammatory condition of the gastrointestinal tract, being autoimmune in nature, it is far more insidious.  Crohn’s impacts the entire body, causing joint pain, night sweats, and intense fatigue.  Despite taking over 8 pills a day to help put my disease at bay, I still felt incredibly sick.  But what was more upsetting was the realization that I could not do all that I once could.  As the semester progressed I found it increasingly challenging to devote the same amount of energy to these obligations as I once had.

By the end of my first semester I had tried multiple different mild treatments, but none alleviated my symptoms to the extent necessary.  During finals I became quite sick and my doctor back home wanted to start a rather potent form of treatment using the combination of an immunomodulator and a biologic, both immunosuppressors.  I was sent home early to begin my infusion treatments, with an incomplete on my transcript and a whole lot of frustration and disappointment.  I had tried so hard to maintain my old sense of normal, but I simply couldn’t.

I needed to gain perspective and recognize that all I could ask of myself was to give it my greatest effort.  I needed to learn to be satisfied with knowing that I had tried my best, even if the result was displeasing.  I returned to school after winter break with every hope that my new treatment of bi-monthly infusions and pills would help push my disease into remission.  While once again the semester was quite a challenge, missing class due to my three-hour infusions and the side effects the few days after, including fever, sinus infections, night sweats, and terrible joint pain, I forged ahead.  That’s not to say that there weren’t bumps along the road – there most certainly were.  But one thing, my new attitude, made all the difference.

I have come to the conclusion that asking for help and acknowledging my limits is not indicative of defeat.  Instead, it serves as evidence of my new perspective and outlook that allows me to better face my challenges, affirming that I will not give up.  During this past academic year, my advisors in good conscious suggested taking a semester or year off, returning to school when I was healthier.  I understood where they were coming from, but I couldn’t shake off the feeling that I don’t know what tomorrow will bring in terms of my health.  Who’s to say that a week from now I won’t be in a flare, let alone a month, or a year?  Living with a chronic illness is very much like driving in a heavy rainstorm.  You may have an outline of what is in front of you, but you can’t see the full picture.  I may have a glimpse of what tomorrow will bring given how I feel today, but there’s no saying when the monster inside me will fully rear it’s head again.

This past year has undoubtedly challenged me.  It has pushed me to my limits.  But this year also showed me that I’m more resilient than I know.  I’m not going to put my life on hold, or let this disease define my future.  That’s not to say that my journey will be without detours, roadblocks, and accidents, but my dream of becoming a pediatric gastroenterologist is too grand and too passionate to let anything or anyone stop me.  If I’ve learned one thing this year that will carry me through to achieving my goals it’s that a little confidence, perseverance, and determination can go a very long way.  So keep those three close to you on your journey through what we call this crazy road of life.